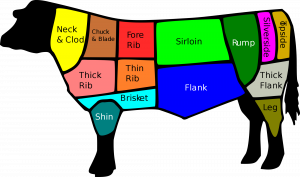 As shown in the picture above, Brisket is the cut of beef that comes from the breast of a cow. This cut is a large, and tough cut of beef. As a result of this cut is often prepared using a low n’ slow method of cooking. Unlike a lot of other cuts of meat, some parts of the brisket need to be trimmed to maximize flavor and for the brisket to properly cook.

Nowadays a good cut of brisket does not come cheap, and these cuts of beef can be quite the endeavor to smoke. Considering, the cost and the time investment required to cook a brisket to perfection, trimming is a process you definitely don’t want to cut any corners with.

In this article, we will break down the process into quick and easy steps so you can perfectly trim your brisket before you are ready to cook it. The process of trimming, prepping, and smoking is a long and detailed one, so buckle up and lets get into it!

First Things First, What is a Brisket?

According to the USDA Institutional Meat Purchasing Standard (IMPS), “Brisket includes the anterior end of the sternum bones“.

There are two briskets on each side of beef. A butcher will usually subdivide the cut before putting it up for sale.  These cuts are known as the “point” and the “flat”. To get both sides you will need to put in a special request for a “packer cut” or a “whole packer.” A packer cut can weigh as much as 20 pounds, especially if it comes with a layer of fat and muscle, called a decker. The “Point” of the brisket is used when trying to cook burnt ends, as some would say, “the best part of the brisket.”  While on the other hand the “Flat” is used for slicing to have on sandwiches or just by itself.

To get started on your brisket journey you are going to need a couple of things:

How to Trim a Brisket:

Now that you have everything ready, its time to get trimming!

Now that we have our brisket fully trimmed it’s time to put it on the smoker. Our friends over at Datenightdoins were nice enough to let us use “Their Best Brisket” recipe, and I’ve got to say it’s pretty darn good! 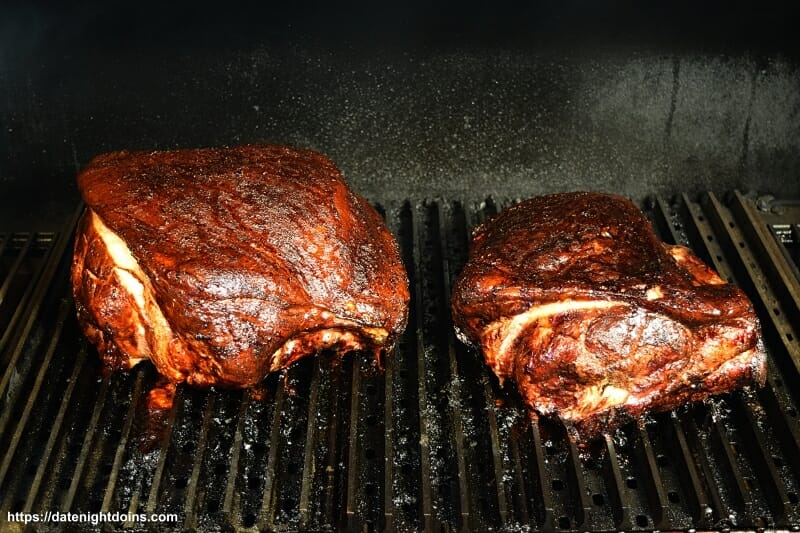